The Art of Stretching; an ode to Hanumanasana 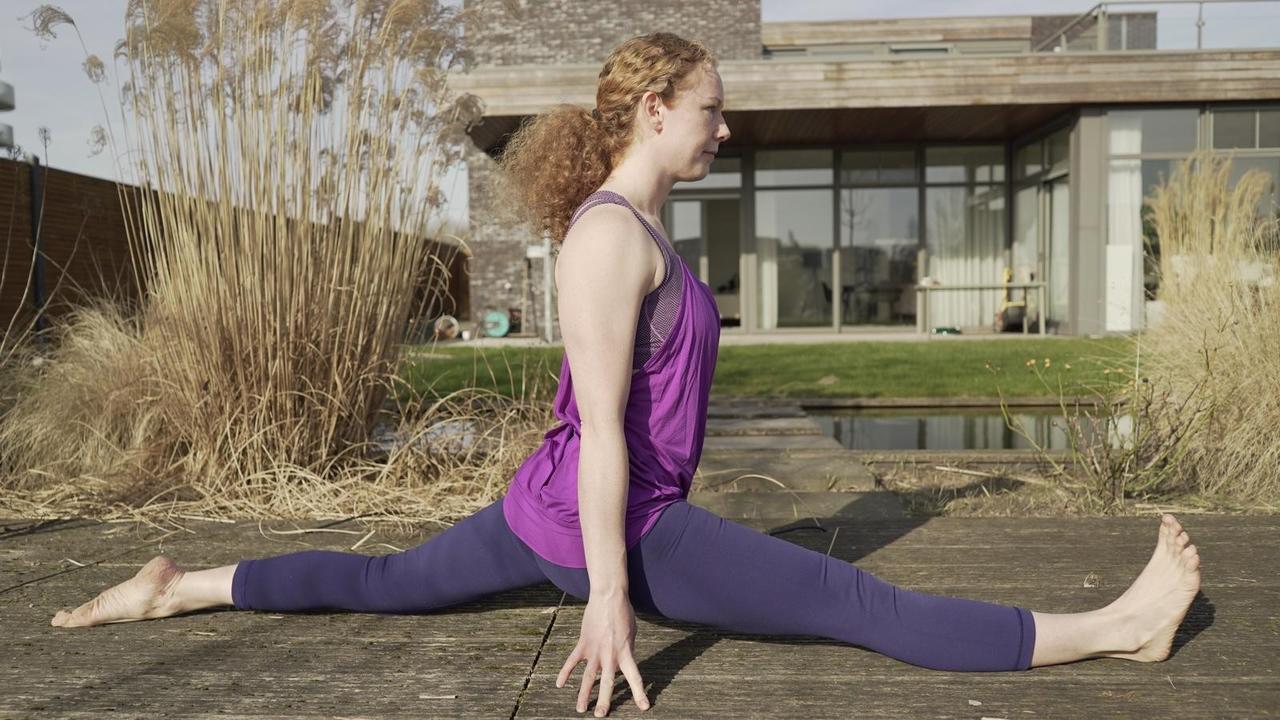 Hanumanasana or Splits Pose may seem more appropriately called Hamstringsasana to many, especially as we tend to focus primarily on the front leg. We shouldn’t forget the range of motion required in the fronts of the hips or fronts of the thighs however, but while I’ve been preparing for teaching a workshop structured around this Monkey God Pose, I’ve been thinking a lot about the backs of my legs.

When I first started yoga I felt really inflexible and I think most people can relate to feeling like their hamstrings were holding them back from being able to ‘do yoga’ well. My knees were bent in Downward Facing Dog and my heels were high and my standing forward fold or Uttanasana more closely resembled the half-way lift of Ardha Uttanasana. I honestly couldn’t get my feet to touch the floor in Plough Pose or Halasana for what felt like decades. And then there were the seated forward folds...I tried to pride myself on keeping my spine straight and in one class the teacher used me as an example of how to resist rounding the spine by staying more upright in the seated fold Paschimottanasana, the reality was that my hamstrings were stubbornly blocking me from going any further. I realise more than just the backs of the legs are involved in these poses, but that’s where I felt the biggest stretch and therefore the most resistance. Over time (years and years) these poses became more accessible and I was surprised when I could finally reach my toes in Paschimottanasana but I’m never going to be that teacher who seems to effortlessly lay their torso on top of their legs or who falls asleep during a yin class in the wide-legged forward fold Upavista Konasana (Amy Hughes lol).

This progress (and in fact what felt like every bit of progress I’d made in my practice) seemed to come undone after having my son. Hello hamstrings-just sitting upright with my legs out in front of me in bed felt like a big stretch. I hadn’t really expected that but it makes sense-I was doing a lot more sitting while feeding and holding a baby and from during pregnancy I’d been losing core strength, weak core muscles being a contributing factor to the shortening of the hamstrings. Back to square one...well not entirely but again it’s going to take time and patience.

I’m trying to use this to my teaching advantage-it’s a good reminder of how challenging many poses can be for beginners and people with tighter bodies. And I’ve also learned not to focus on just stretching the backs of the legs which I’ve discovered we do a lot in yoga disproportionately to how much we strengthen them. I need to build my strength back up and that includes my hamstrings and glutes. In the past due to a lack of anatomical understanding, I’d worry that focussed strength work would be counter-productive and that I’d have to do even more stretching. I was starting to find the whole thing confusing-if I strengthen something will it not just become perpetually tight and then the stretching required will be endless? However I did know I’d rather that than weak muscles that were also tight.

Thankfully I learned that’s there’s an efficient way to practice that will both strengthen and lengthen muscles-by engaging the muscles that you are stretching. Having taken workshops with an experienced and anatomy geeky yoga teacher, I have it in good faith that this way of practicing is more beneficial for the body and will improve the functionality of the muscles.

Back to the Splits-this is one of the ways I will instruct students to practice as we prepare for the pose Hanumanasana-engaging the hamstrings while simultaneously stretching then. It fits well with how to approach the pose which is by no means a passive pose anyhow. I’m interested mainly in the process of developing strength and range of motion so whether or not you end the workshop in splits wishing you had pom poms to celebrate with is not important. The workshop is open to all and the emphasis will instead be on not getting pushy with ourselves but on feeling better in our bodies.

We are a very small team of yoga practitioners working together to keep our community informed. Please do comment, share, and let us know what you'd like to see more of on this blog! 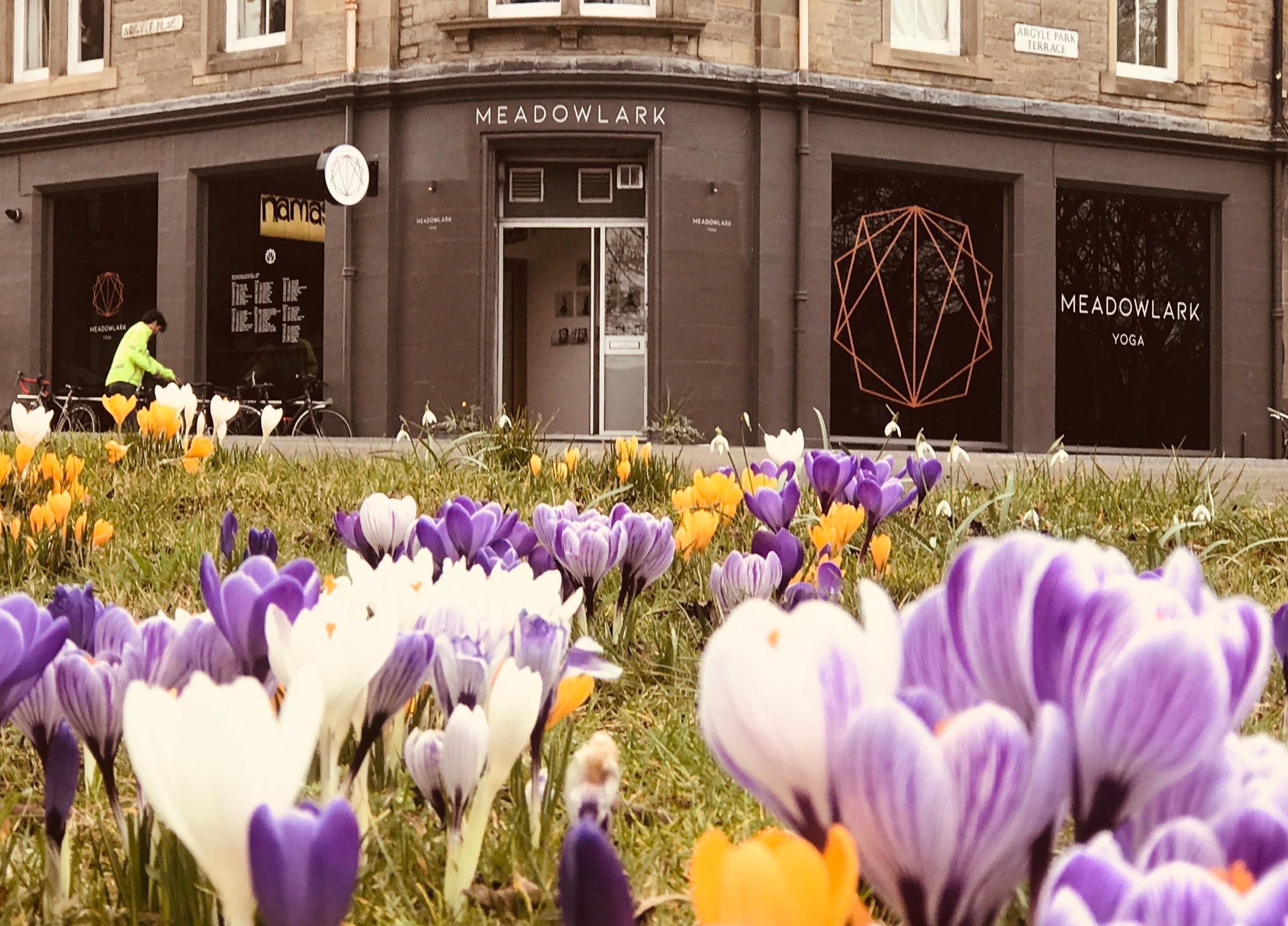 Find us in Edinburgh

This form subscribes you to our Newsletter... just to make doubly sure you're into that, please confirm when prompted by the email you'll be receiving next!